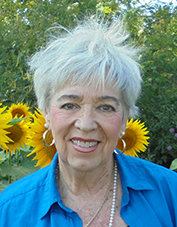 Sharon J. Montgomery studied printmaking at the University of Texas at El Paso in 1979 after returning from a military tour in Germany with her husband and three children. After her husband’s retirement to Evansville, Indiana she studied three years at Indiana State University before they moved to Oklahoma City. Sharon opened a printmaking studio in the historic Paseo Arts District for seven years during the 1980’s teaching printmaking to local artists. In 1989 she divorced after a 28 year marriage, and moved to Santa Fe, New Mexico for ten years to promote her art. There she became a Craniosacral Therapist, and taught therapy classes in her art studio with her cranial teacher Norman West. After a six year marriage to her second husband from India and their divorce in the fall of 1999, she received a scholarship to study sculpture at Arizona State University in Phoenix, Arizona. Two semesters later she lived nine months in Long Beach, California then moved to Baja, Mexico first living in Rosarita Beach for six months where she taught craniosacral classes with a translator. She then moved to Ensenada to study sculpture at the University of Ensenada, and worked with Cecilia Garcia a Native American Chumash shaman picking healing herbs in the river beds of Tijuana.

After six years in paradise along the Pacific Ocean she returned to Oklahoma City because her father was dying and brought with her 27 years of journal writing about her life as a military wife and her spiritual journey. Returning to school to translate her journal writing into several books she studied creative writing, short story, poetry, and flash fiction at five different universities in Oklahoma for four years. She studied three semesters of screenwriting with Greg Mellott, and one semester of film production at Oklahoma City Community College with the Academy Award winning producer Gray Frederickson of Godfather Part II. Her first two books are available on Amazon Kindle titled: Escort of Kings Volume I, Woman, Artist, Mystic, and Escort of Kings Volume II, Company of Truth.


Spiritual Thoughts
Life is about healing the mind to be in touch with the soul’s longing. In my case it’s been about finding more than one spiritual path. This path may not be your path, but it ends with the same God.

My search for Discernment leads me to alternative ways to heal my spirit, mind, and now body. My life’s work has been attracting the mirror to see myself. I believe in unity of all faiths and cultures. Since this information was revealed to me I know a different kind of peace.

It feels like my journey was planned by God because my faith keeps me searching. My first spiritual teacher taught me I’m not separate from God because He lives inside me. Understanding this knowledge released many fears.

I’m a researcher of family and relationship karma since 1988. I did not know at that time I was searching for the truth in my generational secrets for my own sanity. Because of Eastern teachings I decided to live the rest of my life in the company of truth. Since that first day thirty-one years ago if I don’t know a truth it’s been revealed to me in unexpected ways.

Video from exhibit at The Goddard Art Center: